In a strange but adorable twist of fate, two Reddit users recently discovered that they had taken photos of a cute pair of duck and dog friends at almost the same time and almost the same place – Paris. 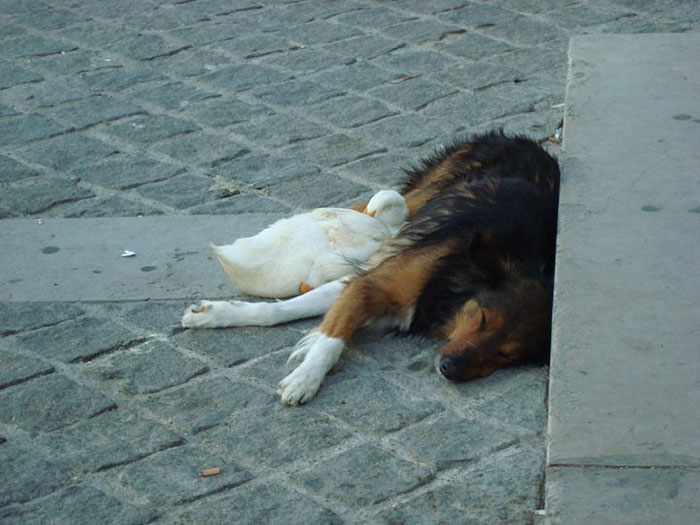