When Charlie the adorable beagle took his owner’s daughter’s toys away, she immediately protested, and he sprang into action to apologize! 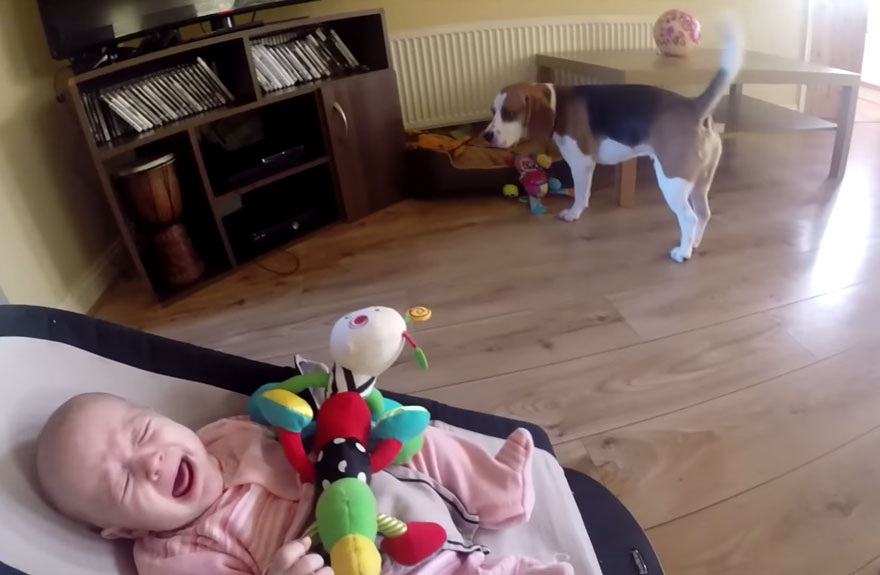 The way Charlie decided to fix his mistake was hilarious. He began piling toys into Laura’s baby chair, returning the toy he took with considerable interest. The little girl is eventually covered in toys, but she also stops crying! 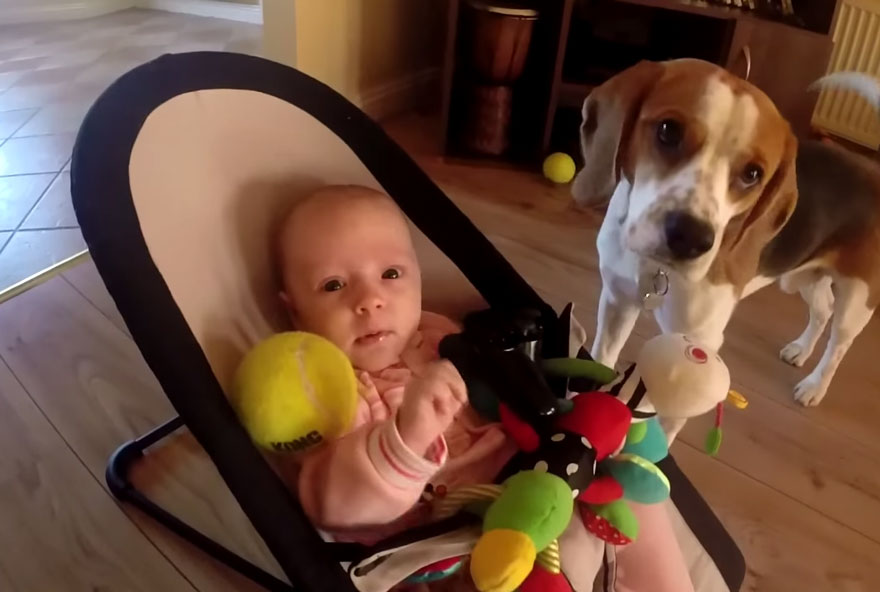 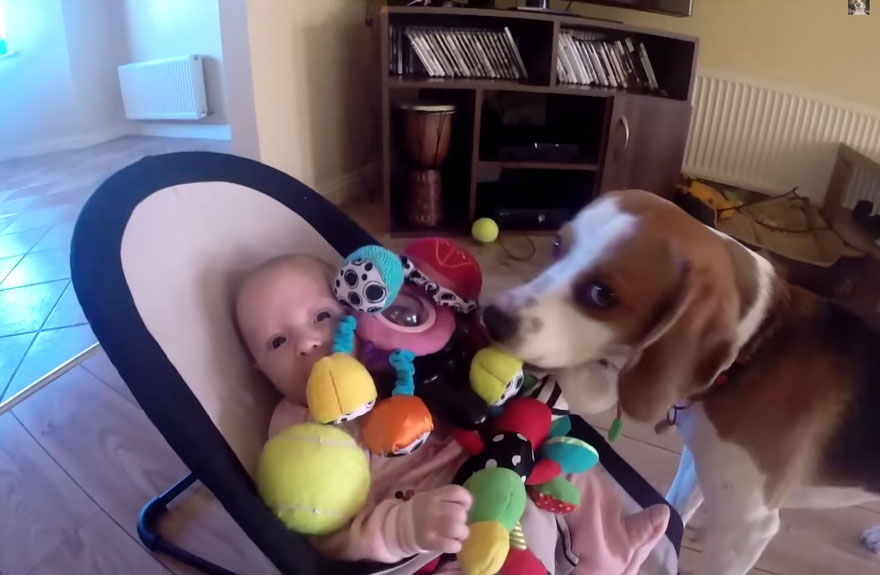 Charlie’s owner explains that “When Charlie takes any of Laura’s toys he always gives it back. We keep her toys in the basket, but he loves to open it and bring it to her (WITHOUT ASKING).” He responded to criticism that the video is staged by posting a video to Facebook showing Charlie retrieving toys without commands. 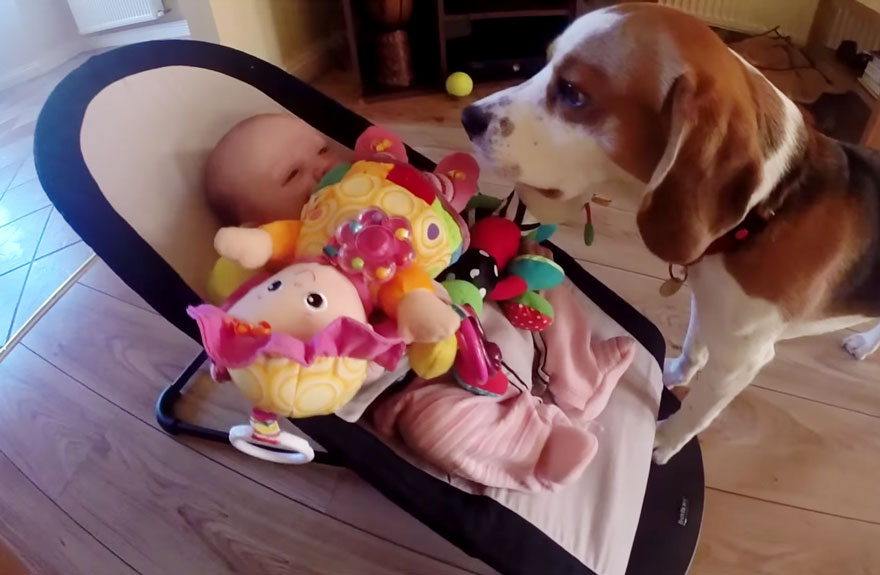