As the New South Wales and Queensland areas in Australia had been devastated by bushfires, as many resources as possible are being directed there. Unfortunately, not only were people’s homes destroyed, but many animals had suffered as well. Because of this, there are teams made specifically to check whether there are surviving koalas in the burned areas. One of the most important team members is Bear – the koala detection dog that has been deployed to the damaged areas of Queensland.

“Our koala detection dog Bear is bringing a glimmer of hope for koalas suffering from Australia’s deadly bushfires—but these animals need more heroes to save them from this ongoing disaster. Our koala detection dog Bear is an integral part of these rescue efforts. He was recently deployed to southeast Queensland and one of the hardest-hit areas of New South Wales where the bushfires decimated local koala populations. Bear is one of the few detection dogs who can locate live koalas through the scent of their fur,” International Fund for Animal Welfare posted on their Facebook page. 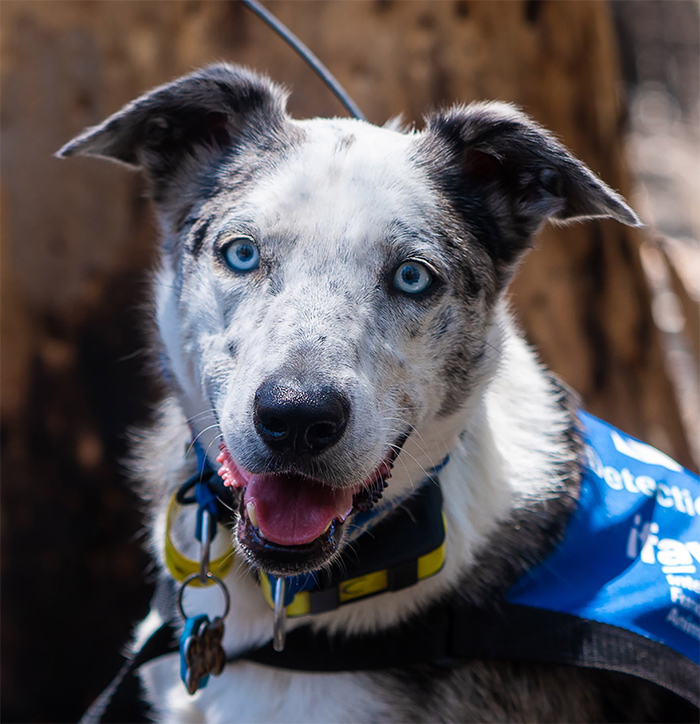 Bear is the border collie/koolie mix who works with Detection Dogs for Conservation, where he has been specially trained to sniff out and detect sick, displaced, orphaned and injured koalas in the wild. The hardworking good boy was recently sent out to several burned areas in Australia to find koalas that might be injured and are in need of help.

Rescuing koalas is not an easy job to do – the koala detection dogs need to have no interest in people, be hyper-focused and without a prey drive. Fortunately, Bear meets the requirements – a dog that was abandoned years ago by his former owners and brought to Detection Dogs for Conservation. 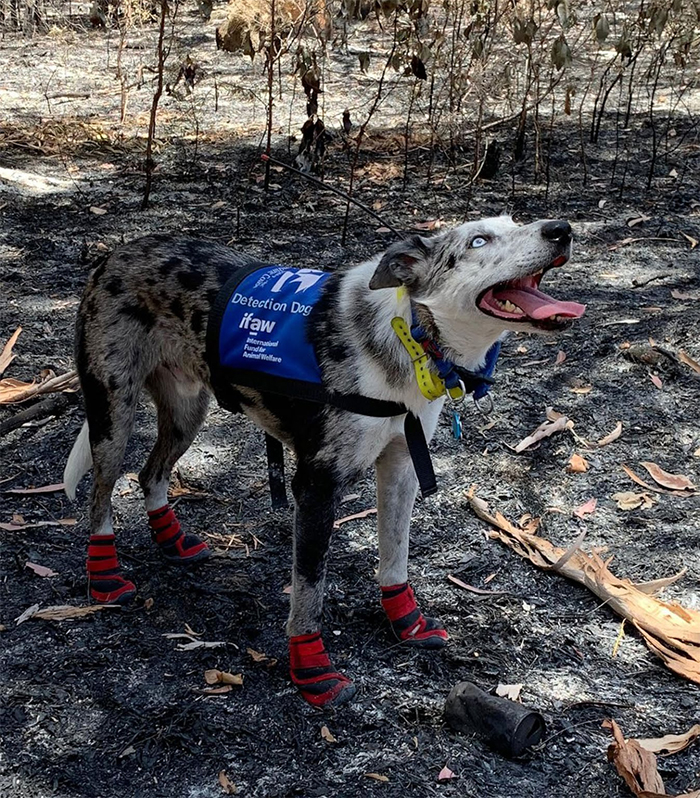 “Bear is highly focused and brilliant at focusing on one thing – his ball which is his reward, which makes him perfectly suited for the job. He also has zero prey drive which is essential for a wildlife detection dog as they need to focus purely on the scent and not the animal, ultimately ignoring the animal,” an International Fund for Animal Welfare representative told the media.

“Devastating bushfires continue to sweep across Australia and threaten the survival of iconic species. In New South Wales, some local koala populations could be pushed to the brink of extinction. Australia’s wildlife can’t battle this disaster alone. We must work together to save these animals before it’s too late,” the International Fund for Animal Welfare informs. 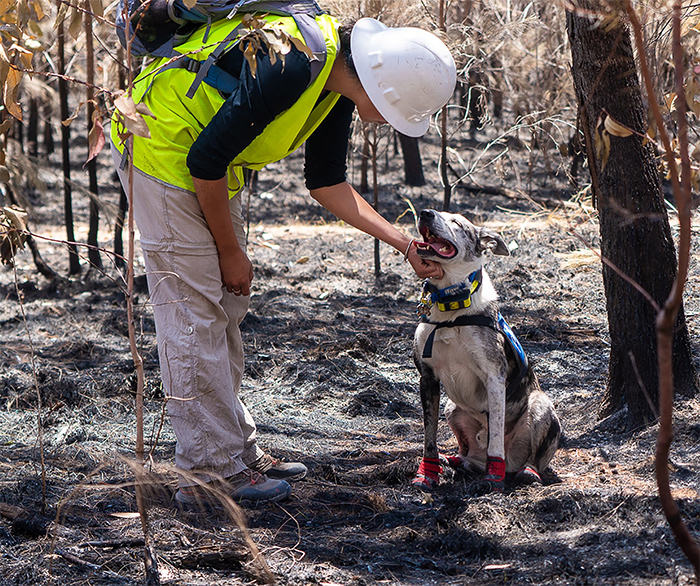