Meet Bowie the rescue cat who has charmed the internet with his gorgeous blue and green eyes. The European Shorthair has heterochromia which means that his eyes are colored differently and it’s as beautiful as it is rare. 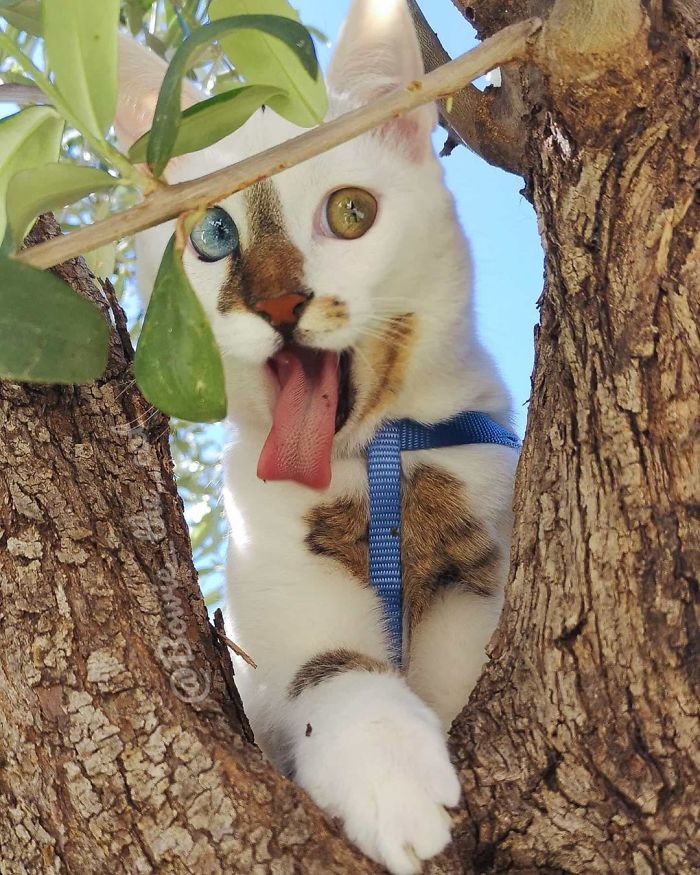 “Bowie is very playful, sometimes too much! He loves playing with other cats, but sometimes the other cats don’t want to play with him!” Bowie’s owner and rescuer Maria Lloret from Spain told Bored Panda. Scroll down for our in-depth interview with Maria about the energetic and playful cat, as well as all about why you should rescue pets. Don’t forget to upvote your fave photos of Bowie!

Even though the cat is named after the legendary English singer David Bowie, the owner is well aware that the celebrity didn’t actually have heterochromia. Nonetheless, the resemblance is uncanny and we wonder if the feline might have some hidden meowsical talents, too. 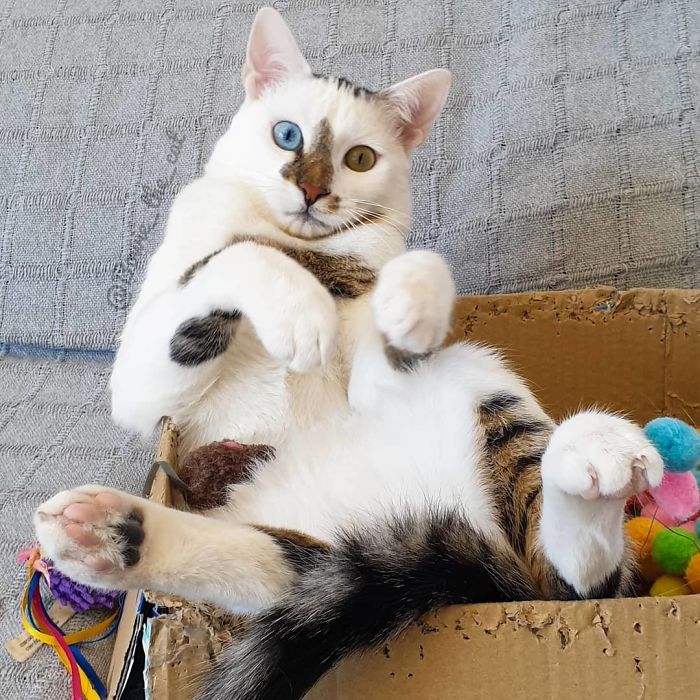 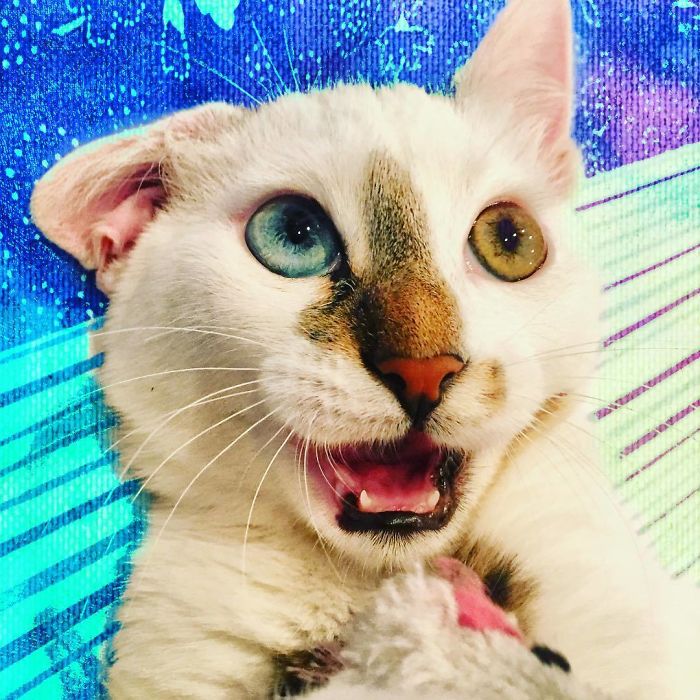