Paul Tateosian from Sarasota, Florida was doing an inspection of an empty house with his colleague when he suddenly heard a meowing kitty. The ginger ball of fluff approached them looking for attention. The poor thing was on the property all alone, without food or water. 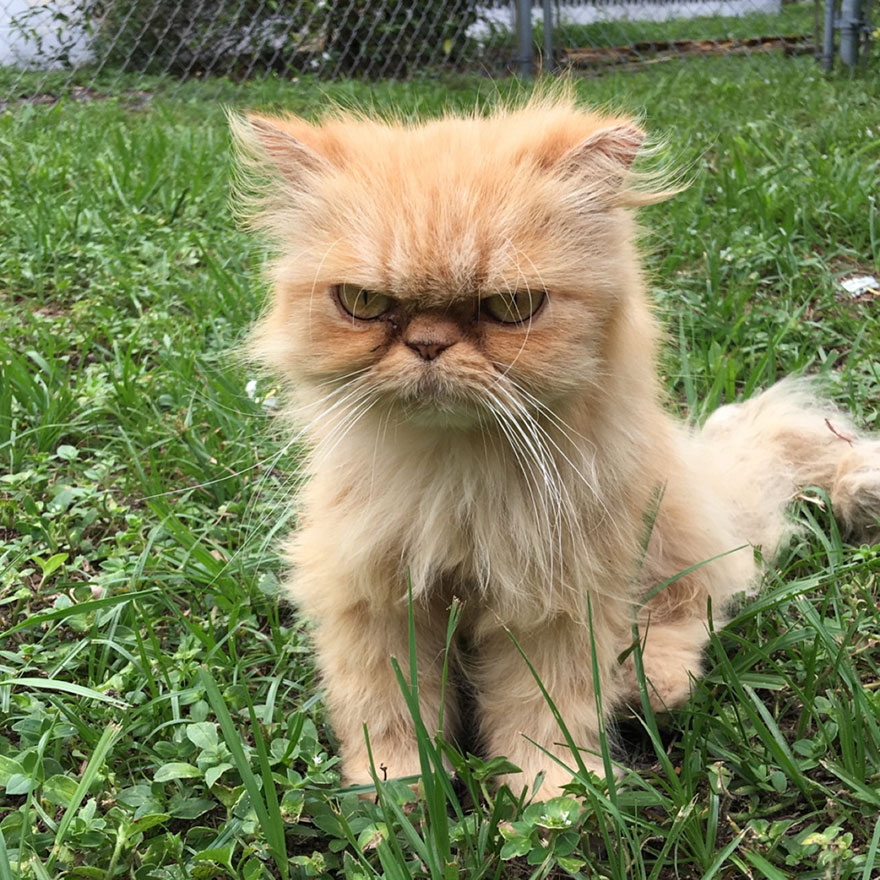 Paul tried to feed him with a mango he found lying on the grass. The cat hated it. From the look on the kitty’s face, he wasn’t too impressed with the visitors either, though he kept sticking around throughout the whole inspection. 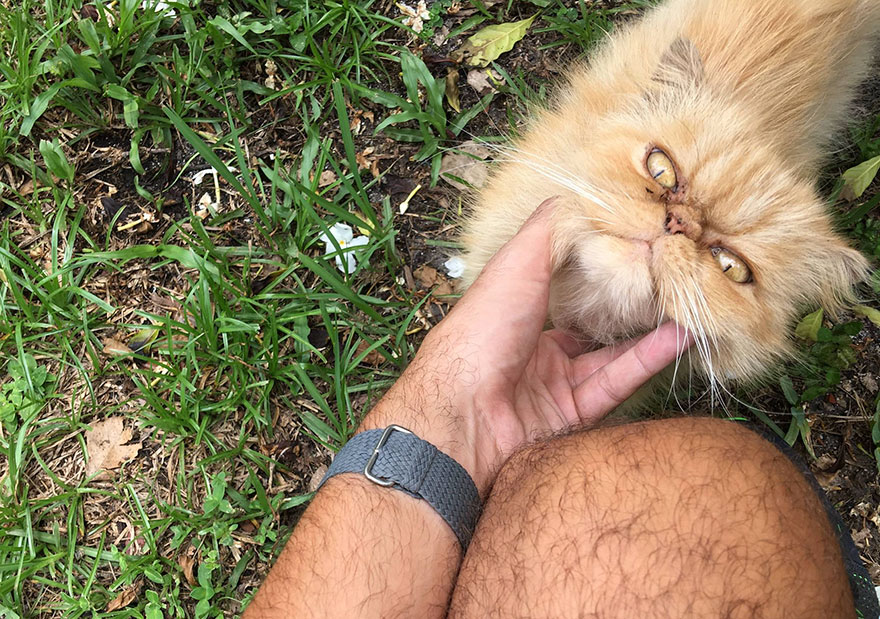 “At the end of it all, owing to the fact that the tenants were out, all their stuff was gone, and the owner had never lived in the house, the inspector decided to take him home,” Paul told Love Meow. “In Florida, alligators/hawks/eagles/owls/snakes can take these little guys in a flash and he needed a home.” The grumpy kitten was named Garfield and, even though he looks like he despises everyone and everything around him, we’re pretty sure that deep down his grumpy heart he is happy to have a human to own. 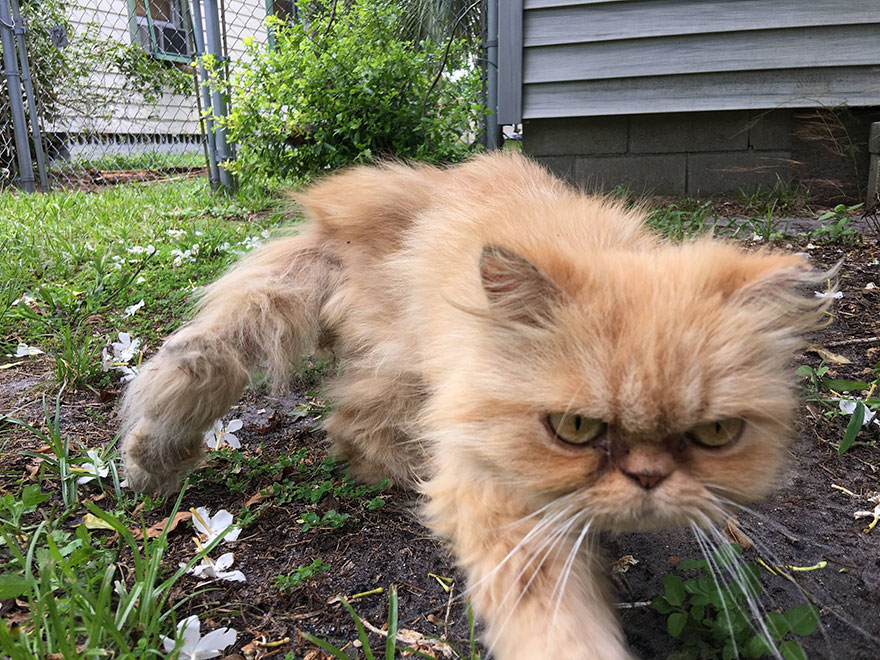