When a high-kill shelter received this pit bull, nobody expected the emotional roller coaster he took them on. When one person offered Blue King (Blue for short) a treat, he sniffed it, but didn’t eat it. The only thing Blue did was cry behind the bars of his kennel door. Additionally, tears were dripping from his eyes, and some speculate that it was due to allergies.

Blue King’s family surrendered him to Carson Shelter in California because they decided to move and not take the dog to the new home. Since Carson Shelter is a high-kill facility, the longer Blue stayed there, the higher the chances of his euthanasia got. Eventually, a few volunteers noticed Blue’s more-than-sad face and decided to help the pooch. They shot a video of him and uploaded it to Facebook, hoping someone would adopt him. 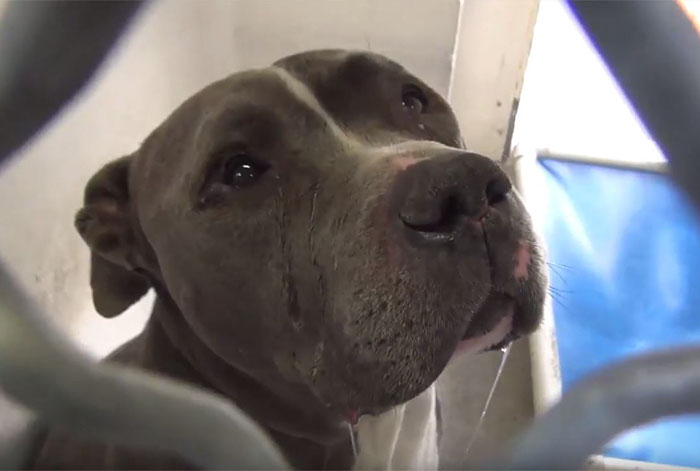 Shortly after, a woman named Jennifer McKay came over to meet Blue. “He looked very sad and depressed,” McKay told The Dodo. “He wouldn’t even acknowledge me at all. All the other dogs were making eye contact and wagging their tails, but he wouldn’t stand up, wouldn’t come see me.” 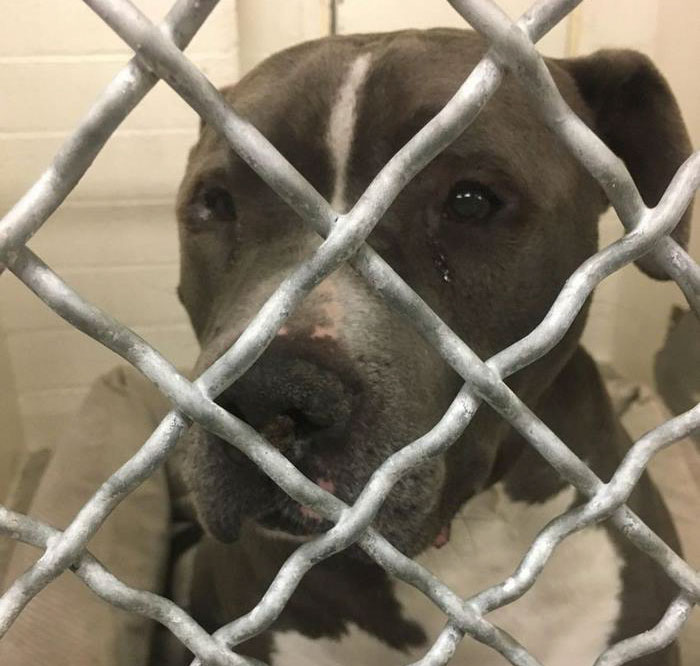 “You could tell that every time someone walked by, it was like he was looking for [his family],” she said. “It’s like he knew he had been left there.” McKay had made up her mind to adopt Blue, and after the dog passed the temperament test, she took him home. After he left the shelter, Blue King became a new dog. His new owner says that Blue loves sleeping, belly rubs, cuddles, and gazing into the mirrors. “He’s obsessed with looking at himself in the mirror,” McKay said. Blue still has a lot of learning to do (including the basic commands and walking on a leash) but McKay says that the once-shelter dog is going to be fine.